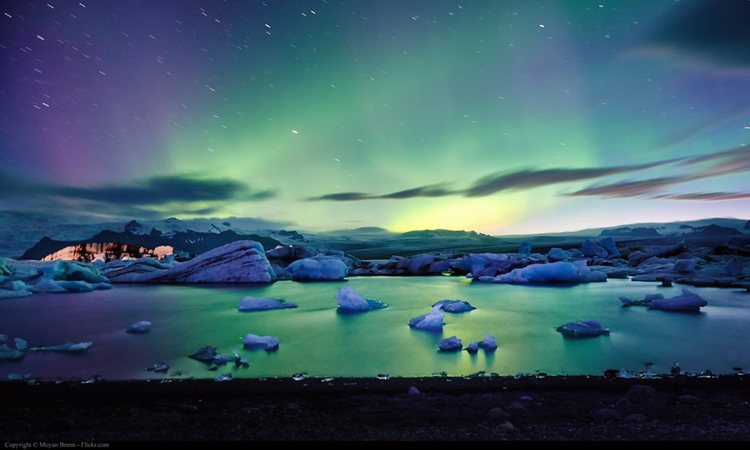 The smell of rain on the fresh earth, the tiny drops of dew on a bright yellow flower and the cool breeze on a humid afternoon are no bizarre instances, yet every day they remind us that the Earth is a wonderful place to be. But there are some natural phenomenon out there that have every reason to make you believe otherwise. This list chronicles some of the most stunningly rare occurrences from around the world that will definitely take your breath away.

Who would have ever thought that the entry of electrons and protons into the atmosphere would result in an optical wonder as dazzling as the Aurora Borealis? The Aurora Borealis, also known as the Northern Lights, occurs when electrically charged particles released from the sun enter the Earth’s atmosphere and collide with gases in the air, resulting in countless bursts of light. This luminous spectacle is best witnessed in the vast, open expanses of Norway, Sweden, and Finland.

If there ever is a literal heaven on Earth, The Salar de Uyuni in Bolivia is probably it. The Salar de Uyuni is a dream-like landscape of the salt flats that, while flooding in the rainy season produce a clear reflection of the azure sky on the Earth. This “Sky Mirror” certainly has a unique way of putting the immensity of Nature into perspective for all those who visit it.

Offering almost a multitude of shapes that our imagination envisions, clouds are truly mystical by themselves. But, enchanting of them all would have to be Lenticular clouds. Found at high altitudes across lofty mountains and hills, these lens-shaped clouds are seen over the subcontinents of America and Europe.

The ocean floor is full of mystery and the seven-foot diameter patterned circles at the bottom of the ocean were no different. These fascinating circles were first seen in Japan and had even kept the scientists in darkness for quite a long time until, it was discovered that a male pufferfish just five inches long, create these elaborate designs in order to entice females.

Optical phenomenon never ceases to amaze us and fire rainbows are here to prove it. Fire rainbows or “circumhorizontal arcs” are formed by ice crystals in high altitude among cirrus clouds. Typically found at heights greater, cirrus clouds are those spread-out and wispy looking clouds. The light from the sun has to hit these particular ice crystals at exactly the right angle for light to separate into its colorful components and frequently sighted over Los Angels and London.

With their effervescent blue glow, these bioluminescent beaches are here to make walks by the beaches as mesmerizing as they can be. The bright green-blue glow takes place due to the presence of light emitting phytoplankton in the water and are spread over the coasts of Puerto Rico, San Diego, and Japan.

Used as a navigational maritime aid, Venezuela’s Catatumbo Lightning would take you by the storm, literally. Breaking thousands of flashes, typically occurring 260 nights a year, lasting up to 10 hours with up to 280 lightning strikes per hour Catatumbo Lightning is also called the Beacon of Maracaibo.